Five Years – What Would Mickey Say?

Those who knew my father ask me what he would think of 2020. My brother and I know he would still watch sports, as aggravating as he may find the business of it. He always muted the sound anyway. He would have more to say about the Middle East than has been discussed, distrust of China, and he would rail against communism. He told me 30 years ago whites will be the minority. He only would have CNN on in order to closely watch the stock market stats scroll across his television with the sound muted of course. His other opinions are absolutely not repeatable but only to those who get his humor and intelligence know Mickey would have given great advice. We need his input more than ever.

Things My Dad Taught Me

Five years ago (12-1-15) my dad passed peacefully at a beautiful hospice facility in Florida. It was just a few miles away from where he’d practiced medicine most of his life. The peace my brother and I found there helped my dad transition to Heaven in God’s Grace.

Being at hospice was, however, not my father’s plan. He’d chosen to die at home which did not happen.

I’ll start right here with what I’ve learned from the good doc, Mickey. These are only a few of times with dad that I’m thinking of now. He always made me laugh until I cried. I wish I’d saved some of his stories to share here. There are just too many!

As a doctor he had a stellar reputation and was proud of so many diabetics and others he kept healthy and walking. The list is long but here are some of the strange but normal Mickey-isms. 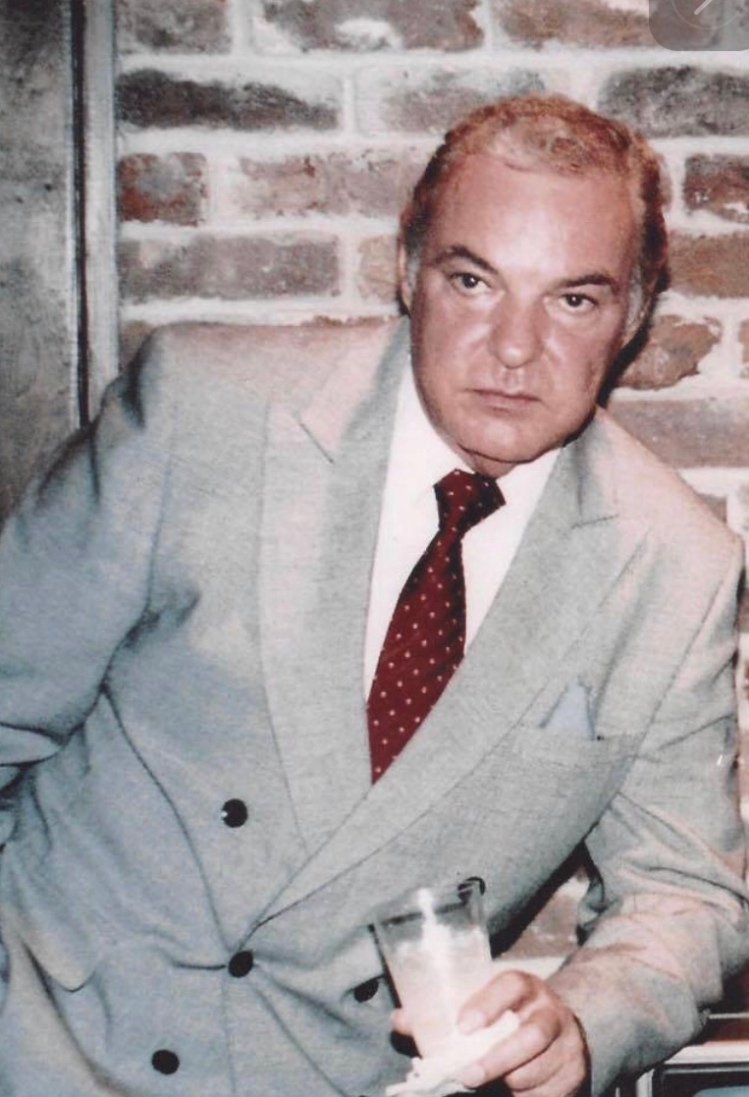 My father grew up in a rough part of Philly called Strawberry Mansion. Each street of row houses were of different and divided ethnicities. His mom was a bad-ass card player, a family trait, but not motherly. He grew up rough and learned young to plan ahead and live independently. He said a piece of grass growing through the cement crack was his yard. He worked his father’s newspaper stand in downtown Philly while “I was still a toddler drinking milk from the bottle,” he insisted.

Stumpy, a one-legged man mentored my dad in sex (at seven), cigarettes, life in general. Herchey Metterman was his life-long friend. He sued the federal government and won — a fact that amazed my dad. They all had mob connections, learned a lot about unions, gambling in Atlantic City and getting lost in New York City a lot, on purpose.

For Mickey though, his plan was education for elevation. He hated the cold weather and eventually moved to Cocoa Beach. For his children, he saved money, asked a lot of us, separated us but kept us bonded, and made us study and excel.

2. Apply yourself at work and always continue to educate.

Read, read and read more. My mother (gone 11 years) and father were avid readers. Mickey was able to attend a privileged high school and college after earning full scholarships. He graduated early, was offered medical scholarships and became a foot surgeon (because that was what they offered for free) by 23. He continued to learn, teach and lead in his field. As I mentioned, he was a special man to many patients. I ran barefoot at the barn. He treated my feet too, set my broken leg, and didn’t yell that much.

For the love of God, he told me this a thousand times. Heart problems were common in his family, primarily the men including his dad and brother who did die young. Mickey lived to 83 after a triple bypass about 20 years prior. The key: Mickey always did 100 sit-ups and 100 push-ups every morning, every day. He loved yard work and between these exercises he stretched out his life expectancy. I’m so grateful. He also passed on the love of exercise to me, my brother and his grandchildren. Until the end, he did yard work in his old office attire with no shirt so the ladies could check him out. Despite the attire, they looked and offered casseroles which is apparently really important.

4. Mickey did have a heart.

I always knew he loved me and my brother, my cousins and his relatives. As far as my mom, I recall ducking the flying ash trays thrown between the two. My parents divorced six months after I married. It didn’t take long for Mickey to seek out his high-school girlfriend. They lived another 20 years before his love died of lung cancer (she was a non-smoker). While they were in their honeymoon phase he left her love notes, expressed feelings and emotions I’d never seen. Lesson learned here for me is to love and love hard. Let there be no boundaries when you find your soul mate (assuming it’s healthy love). Act like a kid as much as possible. Check the box “yes, I love you.”

My dad always told me I was too nice, vulnerable and gullible. He told me many times to stop being a door mat, to stand up for myself, to be independent and to embrace my heritage. A kinder version would be in the song Rhiana sang, “Don’t mistake my kindness for weakness.” I’m embracing this dad. And as my former boss and friend, Al, told me before he died, “This isn’t social work Liz.”

Plain and simple. Mickey didn’t believe in network marketing or anything you pay to start. He believed in old fashion work for pay, to save, live within your means and invest. Ironically I truly suck at networking marketing. His words stuck or influenced me beyond his grave.

7. Marry within your religion.

Mickey, married twice but never within his religion. Considering he was an opinionated man, his beliefs took over rather than blended. The difference caused chaos and divorce from two women he did love. His true love was of the same religion. I regretfully repeated this pattern against my dad’s advice. I’m divorced. In the end my father had studied so much about quantum physics that he proclaimed himself an atheist to the pretty hospice nurse dressed in hot pink scrubs. He’d been flirting with her that day just prior to a heart attack at night that led to his passing.

My dad shared a story with me that happened to his mom. One Tupperware party changed who she trusted and befriended. She hosted the party but no one came. He said she never had another party, ever. He told me this as I was losing many friends. He said people will let you down. Stay strong he said.

After enduring a serious surgery then an even more scary bout of cancer, I routinely missed a monthly Bunco game. I was fatigued, sick and scared. The ladies said, “Who can be sick for a year?” They cut me out. Actually it was for the best as I was struggling for two years only to then suffer the loss of my dad and other close relationships after cancer. Lesson learned here is to treasure your health and any support you have. I had my brother and several dear friends who helped me. I’m grateful and I tell God every night. I no longer play Bunco but I still have parties.

Mickey taught me so much about investments, baseball, football, boxing, betting, blackjack, craps, sand in a sock as a weapon, guns, muting announcers he hated and the art of watching sports all day. My children inherited a love and great understanding of sports so it’s a blessing that I feel at home at sporting events and parties in full swing. My dad’s tombstone reads, “He had a good turn at bat.” Mickey was an excellent investor and knew when to jump in or out. What now Dad? Help!

I can think of so many funny things Mickey said and did. He was hysterical, a great writer and joke teller, pool player and card shark, a bad-ass drill Sergeant, a brother, uncle, husband and he was our dad. He was a lady killer and found a couple of beauties he called “arm candy” a time or two. Not a nice statement but definitely a Mickey-ism. He often told me to wear heals when I dressed up to show off my legs. He’d get arrested for that now. For me, it works every time.

Beyond looks, Mickey encouraged not only his children but many he met to seek out education as a means to success. When he heard someone say, “That takes eight years!” He’d reply that eight years pass anyway. Make the most of it.” He was a great man who believed in his children and provided “the good, bad and the ugly” which shaped my brother and me into strong, smart and funny people. Dad, you’ll always be my hero and know you’re loved, prayed for and adored.

PS According to dad, WD40 fixes everything! Peace and love ©️2020

Welcome. This is a place to connect with astrology, energy, and each other for inspiration, healing and raising our vibrations. Thank you for connecting with me. ✌️ Tru2soul@gmail.com View more posts

This site uses Akismet to reduce spam. Learn how your comment data is processed.